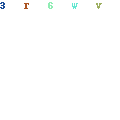 Ikea just brought out a new catalogue aimed at Israel’s ultraorthodox Haredi community,  in which not a single picture of a woman or a girl can be found.

According to Ikea, the objective was to “allow religious and ultraorthodox communities to take advantage of Ikea products and solutions as befits their way of life,” while making sure that “the most traditional views of modesty” be respected.

This isn’t the first time that Ikea, which originated in the country of equality of the sexes, has decided to exclude women from their communications. In 2012, they did the same thing in a catalogue for the Saudi Arabian market. They later apologized in a press release: “Inter IKEA Systems regrets what happened and understands that people were upset.”

There’s a limit to adjusting to your target markets. What will it be next time? A catalogue aimed at the Islamic State in Raqqa so that their executioners can “take advantage of Ikea products and solutions as befits their way of life,” with an apology two weeks later? You have to ask yourself who’s at the wheel in Ikea’s communication department (and I worked four years at the Ikea France head office back when we didn’t know how to take women out of the picture).

On its website, Ikea declares: “Throughout the years, IKEA has stood by a set of values that affect the way we work. These values are as important at an IKEA store in Ireland as they are in a photo studio in Sweden or a distribution centre in China.”

A brand like Ikea, and in fact any brand, must think things through before it acts. When you consider all the work that must go into producing a catalogue without any women in it, it’s easy to see that quite a few people at Ikea were not really thinking.